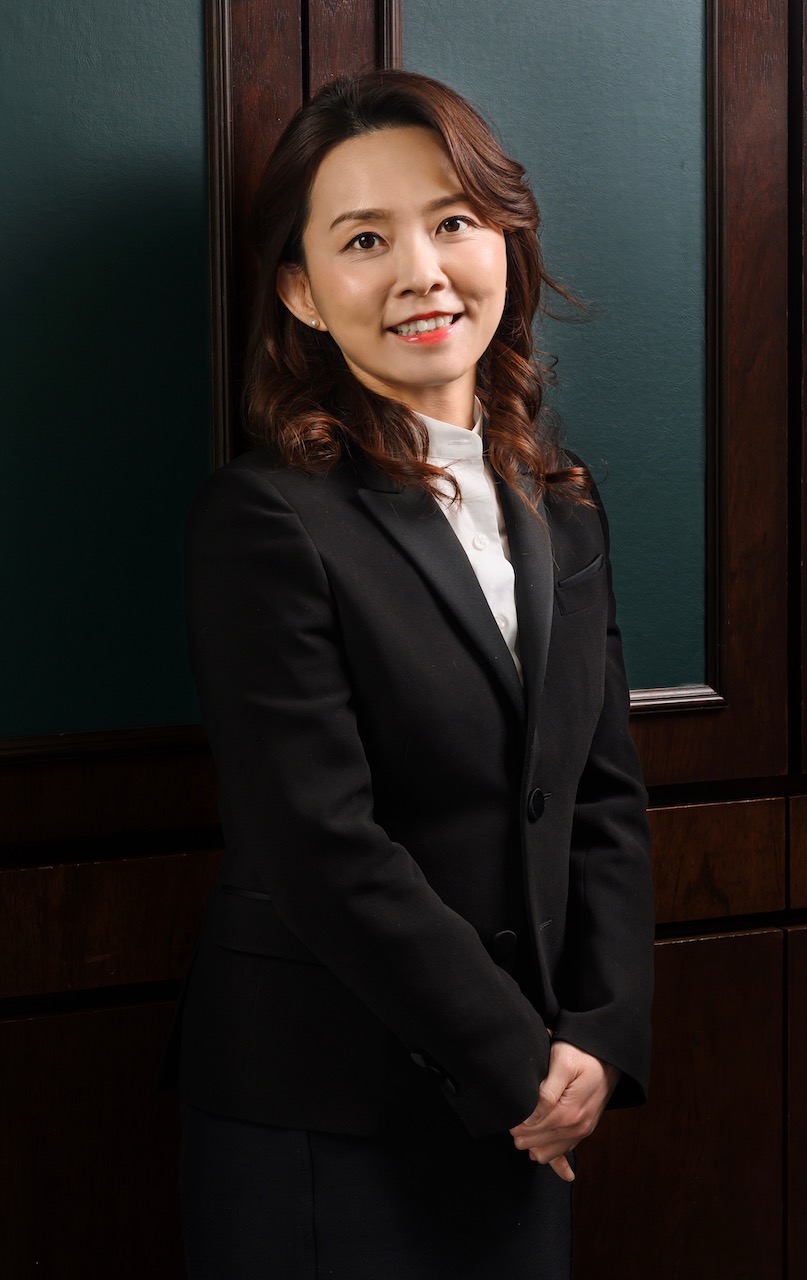 An LLB graduate of the University of Hong Kong.

Legal practice primarily involves preparation of and court appearance for the defence and the prosecution at trial and appellate levels up to the Court of Final Appeal in Hong Kong; admitted to the Bar of Brunei on an ad hoc basis in 2005 for the purpose of appearing as a junior counsel for the prosecution in the trial of a former Government minister and a contractor facing corruption charges in Brunei.

Maggie has served as a Deputy High Court Judge in 2020.

Since 1 May 2022, Maggie was appointed and now serves as a Recorder of the Court of First Instance of the High Court for a term of three years.

Appearances as trial counsel/junior counsel in the following notable cases:

LI Defan and Anor v HKSAR (2002) 5 HKCFAR 320 – a case on whether a defendant’s failure to give evidence could be regarded as giving the prosecution case more probative force.

James Henry TING v HKSAR (2007) 10 HKCFAR 730 – a case on the court’s jurisdiction to order a retrial under s.83E of the Criminal Procedure Ordinance, Cap. 221 after appeal against conviction has been allowed.

B v The Commissioner of The Independent Commission Against Corruption (FACC 6/2009) – whether s.9(2) of Prevention of Bribery Ordinance, Cap. 201 should be applied to a public official belonging to another jurisdiction and whether an agreement to make an offer in Hong Kong would constitute a conspiracy triable in Hong Kong.

HAU Tung Ying & anor v HKSAR [2011] 2 HKLRD 782: a case in relation to whether the appellants were convicted of the conspiracy charge on a basis which was different from that presented by the prosecution; (2) if so, whether in light of what happened at the trial, they had been disadvantaged or prejudiced so as to be deprived of a fair trial.

HKSAR v TSANG Yam-kuen Donald (FACC 29/2018) [2018] 3 HKLRD 564; (2019) 22 HKCFAR 176– acted as junior counsel for the prosecution in the Court of Final Appeal in relation to misconduct in public office and bribery related offences against the former Chief Executive of the HKSAR Government.

Secretary for Justice v CHAN Chi Wan Stephen and Another (2017) 20 HKCFAR 98 – acted for the 2nd Defendant in a case stated appeal by the prosecution in relation to bribery offence.

The Incorporated Owners of Westlands Garden v Oey Chiou Ling and Another [2011] 2 HKLRD 421 and in [2010] 5 HKLRD 150 – represented the owners of the flat. A case on the construction of the DMC and the Assignment in relation to the ownership of partition walls dividing apartments.

HKSAR v LAU Tung Chee (CACC 457/2003) – a case on the prosecution’s duty of disclosure of a petition lodged by a prosecution witness for remission of sentence.

HKSAR v CHAN Chin Hung, Anders and CHE, Helen Yee Fun (CACC 163/2003)  – a case on whether there could be a pledge of chose in action and, if so, whether the creation of a charge is sufficient to amount to appropriation under s.4(1) of the Theft Ordinance, Cap. 210.

HKSAR v CHEUNG Ting Bong [2006] 3 HKLRD 171 – a case on the granting of immunity to accomplice witness and whether it infringes the principles of fair trial.

HKSAR v CHAN Kau Tai [2006] 1 HKLRD 400;  [2008] 4 HKLRD 404 – a case on the prosecution’s duty of disclosure on convictions of all prosecution witnesses, and the principles governing a judge’s discretionary power to admit evidence where there is a breach of the Basic Law or International Covenant on Civil and Political Rights.

HKSAR v CHU Wai San, KO Man Lok and Anor [2008] 4 HKLRD 18 – a case on mens rea of secondary liability and the distinction between specific intent or willful blindness and negligence and recklessness.

HKSAR v WONG Wang Sang Stephen and Anor (CACC 310/2006) – a case on the prosecution’s duty to put its case to defence witnesses.

HKSAR v HO Wing Cheong and CHAN Wing Kui (CACC283/2007) – a case on whether sentencing should reflect the differences in defendants’ roles and culpability in a conspiracy to defraud case.

HKSAR v SHUM Chiu [2011] 2 HKLRD 746: a case which concerned whether a person who entered a guilty plea in criminal proceedings that are subsequently rendered unlawful by a prior abuse of process and which, by reason of that abuse, should never have come before the court, can result in a verdict that, in terms of s.83(1) of the Criminal Procedure Ordinance, Cap. 21, is ‘safe’ or ‘satisfactory’.

HKSAR v Rafael HUI also known as HUI Si-yan Rafael & Others (HCCC 98 of 2013, CACC 444/2014, FAMC Nos 8, 9, 10 & 11 of 2016) – acted as junior counsel for the prosecution in the Court of First Instance, Court of Appeal and Court of Final Appeal in relation to misconduct in public office and bribery related offences against the former Chief Secretary for Administration.

HKSAR v TSANG Yam-kuen Donald (HCCC 484 of 2015, CACC 55/2017 [2018] 3 HKLRD 564, FAMC 49/2018, FACC 29/2018)– acted as junior counsel for the prosecution in the Court of First Instance, Court of Appeal and Court of Final Appeal in relation to misconduct in public office and bribery related offences against the former Chief Executive of the HKSAR Government.

HKSAR v NG Chun To Raymond (CACC 65/2015) – an appeal against conviction and sentence in relation to charges of conspiracy to defraud.

Keen Lloyd Holdings Ltd And Ors v. Commissioner of Customs and Excise and Anor (CACV 97/2015 & CACV 107/2015 [2016] 2 HKLRD 1372) – an appeal case relating to constitutionality of a warrantless search and seizure provision in Import and Export Ordinance, the time limit for execution of search warrants and the provision of information to third parties.

HKSAR v FUNG Wing-yip, Wilson & Another DCCC 761/2018; [2019] HKDC 1113; CACC 295/2019 – acted for the Prosecution in relation to misconduct in public office and bribery offences against the former Deputy Secretary of the Economic Development and Labour Bureau of the Government of the HKSAR.

HKSAR v Scofield and Others (WSC 13727 of 2001) – appeared as junior counsel where the defendants were charged with ancient Common Law offences of keeping a disorderly house (the ‘Fetish Fashion’ case).

Viva Magnetics Ltd. and Others v Secretary for Justice [2002] 3 HKLRD 571 – appeared as junior counsel in a case concerning time limitations for commencing prosecution and on the meaning of ‘discovery of the offence by the prosecutor’ in s.120A of Copyright Ordinance, Cap. 528.

Re KOK Hiu Pan [2002] 3 HKLRD 20 – a case on the jurisdictional requirements of bankruptcy petition.

HKSAR v Ngo Van Nam & Abdou Maikido Abdoulkarim (CACC 418/2014 & CACC 327/2015) [2016] 5 HKLRD 1(April 2016) – acted as amicus curiae in relation to the question of whether a prescriptive form of guidance and a structured regime of sentence reductions for guilty pleas similar to the 2007 Sentencing Guidelines on Reduction in Sentence for a Guilty Plea in UK should be adopted in Hong Kong.

Sha Lo Tung Development Co Ltd v Persons entering, remaining on, trespassing, occupying or doing building works on Lot Nos 513, 1315, 1320 in demarcation district No 31, Tai Po, New Territories without the consent or permission of the plaintiff and persons preventing, hindering or obstructing the plaintiff or its employees, agents, representatives or authorised persons from access to and egress from, or enjoyment or use of land ([2018] HKCFI 228) – acted as Counsel for Sha Lo Tung Development Co Ltd seeking an injunction against the 1st and 2nd defendants from dong various acts in relation to a number of lots in Sha Lo Tung area.

The Independent Review Committee on Hong Kong’s Franchised Bus Service (April 2018 to December 2018) – appointed as Counsel for the Committee.